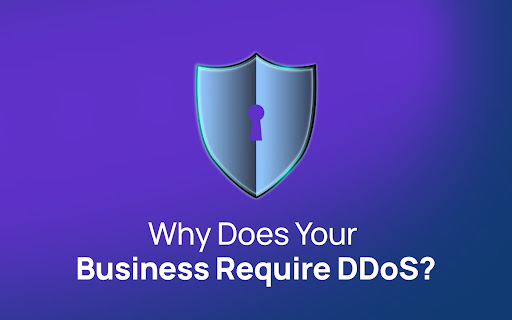 What is a DDoS attack?

DDoS stands for Distributed Denial of Service attack. This involves multiple devices connected online, often referred to as a botnet. A botnet is basically deployed to distract the target website with dummy traffic.

DDoS attacks target your website and servers making them unavailable for real users. These attacks are often used as a façade for other cyber attacks taking down security systems.

Since a DDoS attack affects a huge user base, it has a significant impact, thus making it a popular means of cyber attacks for hacking groups or cyber criminals.

DDoS attacks can last for several weeks as the target struggles to recover. This has a devastating effect on the target organization, resulting in loss of revenue and brand trust.

How does DDoS attack happen?

DDoS attacks executed with networks of Internet-connected devices. These networks consist of malware infected computers, which enables them to be controlled remotely.

When the botnet is up running, the hacker can attack by sending commands to the bots. Each bot sends requests to the target’s IP address, causing the server to be congested with traffic, resulting in a DoSto normal traffic. 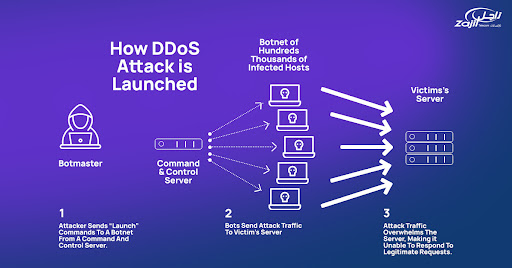 Since each bot is a physical internet-enabled device, separating the attacking traffic from the original traffic is a hassle.

Includes UDP floods, ICMP floods, and other spoofed-packet floods. The intention of the attack is to douse the bandwidth of the site-under-attack.

The intention of these attacks is to crash the web server and consists of superficially genuine and acquitted requests. Includes low-and-slow attacks, GET/POST floods, attacks that target Apache, Windows or OpenBSD vulnerabilities, etc.

The ease of inflicting a DDoS attack is clear from the above-mentioned points. DDoS prevention services are essential to shield digital assets of businesses. The attacks need to be prohibited by having a strategic approach:

Investigation of the network, identification of attacked nodes, and network adaptation is the technique to ensure the attacked node is cut-off first from the network without spreading and without distressing the entire network. This shall form a security policy for IT in prevention of DDoS attacks

Newer techniques of continuous DDoS attacks are being strategized. Thus, staying updated about the latest types of DDoS attacks is necessary to prepare a network for proper defence.

In order to counter DDoS attacks, you need in-depth knowledge and understanding along with expert experience. Thus, it is always important to contact experts so that the attack is investigated properly.

How does DDoS protection work?

Here, the traffic of an organization is usually channelled through a local POP, thus it detects and mitigates all kinds of cloud DDoS attacks at all layers prior to reaching the organization’s services.

Here, the traffic of an organization is directed to a cloud-based scrubbing centre when and only the huge volumetric traffic is detected. If a breach of a specific threshold happened, the cloud-based DDoS protection measure initiates an alteration of the incoming traffic to the cloud scrubbing centre. In this method, utilization of internet links are tracked using remote monitoring at regular intervals.

Why do businesses need DDoS protection? 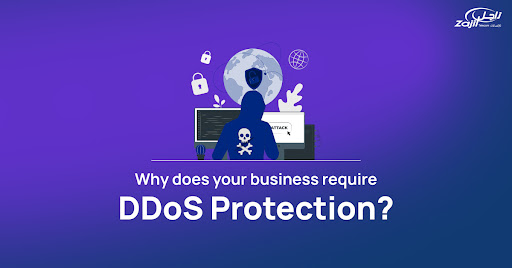 Nowadays, it is not a big deal to launch a DDoS attack. Hacking as a service has moulded into sophisticated and organized businesses where dedicated tools and botnets are available for hire. Thus, amateur business firms that are employed as third-party sellers to larger businesses need DDoS protection services immediately because the threat is unforeseen.

These smaller firms are most vulnerable because they lack the resources for defense against such DDoS attacks. Such small businesses’ primary defence against cyber-attacks is called Managed Security Service Provider (MSSP). An MSSP also provides a service called DDoS Protection as a Service (DPaaS).

It is the wiser decision to subscribe to a DPassS service in order to safeguard the operation of your organization.

The Internet has been a boon for the world’s people ever since its invention. It consists of the largest worldwide communication network of computers and other electronic devices. Several other smaller private,…

Why do you need an SD WAN for your Business?- Benefits of SD WAN

What is SD-WAN? SD-WAN stands for Software Defined Wide Area Network. They are designed to provide networking services over vast geographical distances.SD-WAN oversees the performance of WAN connections along with traffic management…

If you own an MSME business, this is the perfect time to switch to cloud and security services. It is an upgrade long overdue. The market for cloud services is foreseen to…

What is BaaS(Backup as a Service), and what are benefits of Baas?

What is Backup as a Service? Backup as a service (BaaS) is a system where backing up data and recovery is purchased from a provider on a subscription basis. It eliminates the…