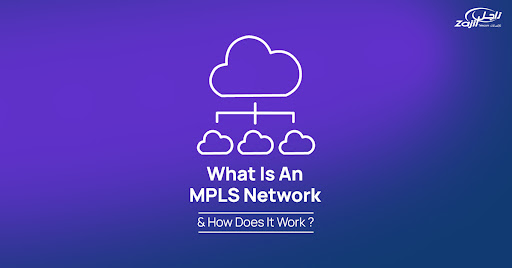 MPLS stands for Multiprotocol Label Switching. Sounds very complicated right? Don’t worry, by the end of this blog you will have a clear understanding of MPLS.

You surely have noticed when you order any product online, the delivery route is quite long. When you track the product, it seems to have travelled distant places throughout the country before reaching our doorstep.

This is also the way IP routing works on the Internet. The IP packet received by any internet router does not carry any information about the destination IP address. Thus to put it simply, the IP packet does not have any guided route to its destination.

So, it is up to each router to decide the next forwarding route based on the network-layer header of the IP packet. In literal words, you can say there is a point where each and every router through which the packet shall pass must process or “think” where to forward the packet next. The routers execute this by following the complex routing tables. This is where MPLS comes in. 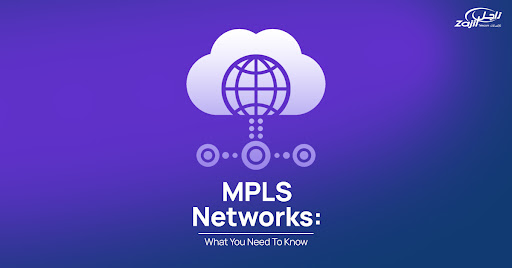 Multiprotocol Label Switching or MPLS is a technology in data forwarding that helps increase and regulate the network flow traffic. By using MPLS, data is sent through a route by means of labels replacing the complicated lookups in the routing table at every stop. Since this system is independent of a particular protocol, it works with IP and ATM. Since MPLS is a system, it can easily transfer data from IP VPNs to metro Ethernet.

MPLS was widely used by top firms in order to connect remote branches that need data access in the firm’s headquarters.

How does MPLS work?

MPLS works on designated pathways called Label Switched Paths or LSPs. These are unidirectional routes between pairs of routers across the MPLS network. 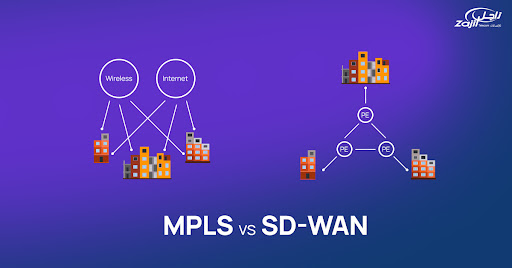 SD-WANs or Software Defined Wide Area Networks are most likely to replace MPLS in the near future. Several organizations are upgrading to hybrid computing, especially the post-Covid scenario has enabled this adaptation to be even quicker. The cloud based data transmission is more energy efficient as well as cost effective.

MPLS however has an advantage over SD-WAN since it delivers more reliable performance in real-time traffic. Whereas in the case of SD-WAN, as soon as the IP packet proceeds to the Internet, there is no guarantee on performance.

But again since SD-WAN  is a transport-agonistic overlay and thus can route to any kind of traffic including MPLS. Whereas, MPLS has designated routes which cannot be changed at will by using software assistance.

For now, it shall be a wise decision to keep using both MPLS and SD-WAN side by side. MPLS is more reliable in time-sensitive data transmission and SD-WAN is most effective in cloud centric data transmission. Together they can keep a stable performance at sustainable cost.

Fiber Internet vs 4G/5G- What’s the difference and Which is better?

If you own an MSME business, this is the perfect time to switch to cloud and security services. It is an upgrade long overdue. The market for cloud services is foreseen to…

We are not oblivious that the internet is the most used medium for the transfer of information. That also makes it susceptible to hackers. Besides, it raises the vulnerability of losing sensitive…

How to protect your business from security breaches/attacks?

Security breaches are a nasty threat to businesses. Your business is vulnerable to cyber attacks irrespective of its size. Your business data is your prized possession, and if that is stolen, your…