The Internet has been a boon for the world’s people ever since its invention. It consists of the largest worldwide communication network of computers and other electronic devices. Several other smaller private, academic, business, and government networks with different sets of information enable this mega network formation.

The world wide web or www is the service that allows us to connect to this vast network using a computer. Billions of people are surfing the Internet daily for information, transactions, media consumption, and so on. But so much was not possible at the very beginning of the Internet.

Brief history of the internet : 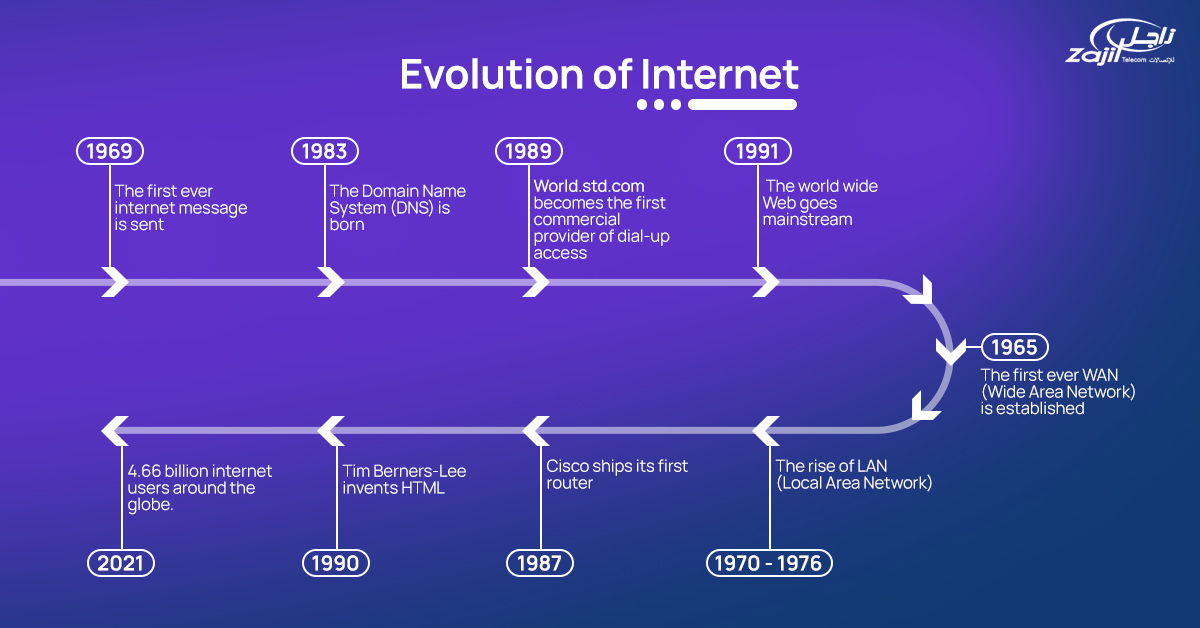 Internet technology was first developed in the United States of America. The Department of Defense Advanced Research Projects Agency or DARPA led to the formation of the Advanced Research Projects Agency Network or ARPANET in October 1969. This ARPANET is the technology that we today know as the Internet. In the beginning, the ARPANET was only accessible to the selected members of the Defense Department. So, eventually, other networks were created to enable sharing of information. 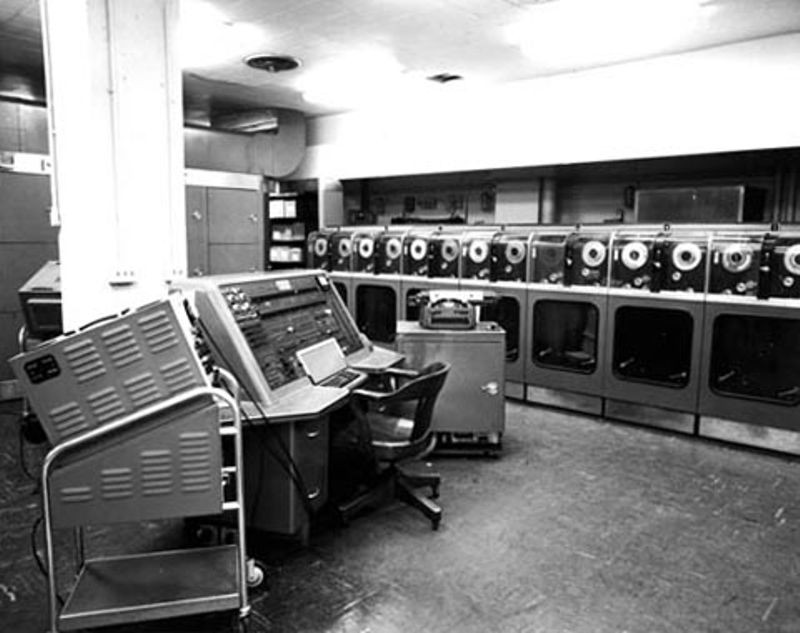 Created by Presper Eckert and John Mauchly — designers of the earlier ENIAC computer — the Univac 1 used 5,200 vacuum tubes. The machine weighed 29,000 pounds.
Remington Rand finally sold 46 Univac 1s at more than $1 million each. This was the first commercial computer to be able to access the Internet.

On January 1, 1983, a new communications protocol was established called the Transfer Protocol/Internetwork Protocol or TCP/IP. This protocol allowed computers to connect to or share information. Thus, officially this date marks the birth of the Internet. The TCP/IP protocol resembled a universal language using which the computers from different networks could connect.

The Internet as we know it today :

In the beginning, the Internet was accessed using a modem over an analog telephone line. These connections were able to transfer data up to 56000 bits per second. This type of Internet connection was called dial-up, and these were relatively slow and hard to access.

Today, the broadband internet technology we use is way faster than dial-up and can reach over 30 megabits-per-second. With the introduction of WiFi and mobile data, it has become effortless to access the Internet in modern times.

We have employed such latest technologies at Zajil International telecom. We provide Internet services, including cloud facilities. Today, we are one of the leading providers of this service in the Middle East. Zajil International Telecom is also equipped with the latest and the fastest in-house wired internet connection supply. Various services, including online multimedia streaming, money transaction, gaming, broadcasting, online maps, and so much more, can be done using the Internet via our phones or computers.

Our core strength is its global network, consisting of 30+ wholly owned and managed POPs and long-term investments in the cable system. Zajil provides high capacity, low latency Internet connectivity to its customers via its own fully resilient Internet backbone network. Zajil connects to, and takes full Internet routing tables from multiple Tier 1 ISP backbones, in multiple locations. In addition, Zajil has local peering at various Internet Exchanges across the globe. All of Zajil’s connected bandwidth is sorted into our own AS (Autonomous System) which then uses route optimization to select the most appropriate connection path.

Our services are well-equipped with 24×7 support from regional Service Excellence Centres. Making the lives of the people easier and bringing to them the latest technology is our biggest concern. Be a part of our journey as we strive to help our customers connect more.

What is BaaS(Backup as a Service), and what are benefits of Baas?

What is Backup as a Service? Backup as a service (BaaS) is a system where backing up data and recovery is purchased from a provider on a subscription basis. It eliminates the…

What is a DDoS attack? DDoS stands for Distributed Denial of Service attack. This involves multiple devices connected online, often referred to as a botnet. A botnet is basically deployed to distract…

How Cloud Applications Help You With Digital Transformations?

Cloud applications are required to do everything from online class to financial transactions. It is the preferred mode of data exchange and in many cases also data storage. So, it is quite…

MPLS stands for Multiprotocol Label Switching. Sounds very complicated right? Don’t worry, by the end of this blog you will have a clear understanding of MPLS. You surely have noticed when you…